Adetola Adegbayi is the Executive Director responsible for the Technical & Operational Services of Leadway Assurance Company Limited, covering Underwriting, Claims, Reinsurance, Operations and Actuarial Services Management. She has over 31 years of work experience in research, law, insurance, and financial services, 26 years of which are within the insurance industry. Her academic approach to business ensures that she understands the demands and needs of clients in structuring insurance/alternative risk financing solutions to address special/peculiar risk protection needs. Marius Botha is the Group Chief Executive Officer at aYo Holdings, an MTN subsidiary. A self-confessed accidental actuary, Marius has built a powerful track record in the African insurance sector. He was previously CEO of life insurer Stangen for nearly seven years and has held executive positions at African Bank and Munich Re. Botha holds an honours degree in actuarial science and an M.Phil. in Futures Studies. Wole Odeleye is a Technology leader who has worked on complex digital transformation initiatives spanning business process reengineering, business operations automation, Application and Enterprise Solutions deployment. At Microsoft he is the Client Technology Lead for Banking & Financial Services organizations in the enterprise commercial segment of Africa, driving the Financial Services industry strategy. He works at the forefront of Microsoft’s digital transformation efforts for businesses and drives the adoption of Cloud Apps and Infrastructure, Modern Workplace solutions, and Enterprise Business Applications.

Olusola Ajayi is an experienced business leader with over sixteen years in senior positions in management consulting and insurance in Nigeria and the United Kingdom. He currently heads Sales in Leadway Assurance where he designs and drives the company-wide agenda for strategic growth, transformation and commercial expansion. Mr. Donald Samuel Ogbu is the Group Chief Executive Officer of Old Mutual West Africa, a position he assumed in November 2018. In this position he oversees Old Mutual’s West African Businesses in both Nigeria and Ghana. Before taking up his current role, Samuel, was the Group Executive, West Africa of Liberty Holdings, a position he moved into following his role as the Chief Executive Officer of Liberty Properties. Prior to joining the Liberty Group, Samuel was the General Manager of Old Mutual’s Large Corporate Business at Old Mutual South Africa. Before that, he held senior executive directorships at Sage Life, South Africa and Africa Media Group. Samuel has over thirty (30) years of professional experience with the last fifteen (15) years spent in various general management roles within the insurance industry in South Africa and Nigeria. He has extensive experience in a variety of other sectors in sub-Saharan African countries. Samuel is a past President of the South African Property Owners Association (SAPOA), the foremost real estate industry organization in Africa; for several years, Samuel played a pivotal role in promoting investor interest in the African Commercial Real Estate sector. Samuel has a bachelor’s degree from South Bank University. He is a Chartered Accountant and Fellow of the Institute of Chartered Accountants in England and Wales (ICAEW) having trained with Price Waterhouse in London. He holds an MBA from Wits Business School, Johannesburg. He is a senior member of the Chartered Insurance Institute of Nigeria (CIIN) and a member of the Institute of Directors. He has held directorships of several listed and unlisted companies in the United Kingdom, South Africa and other parts of Africa. George Agu is an experienced IT professional and an astute entrepreneur. Over the past 2 decades, he has operated at various levels in the IT industry, navigating the IT business in at least 4 African countries in roles such as Professional Services Manager, Sales Manager, Sales Director, and Managing Director, before ascending to his current role as the founder and CEO of ActivEdge Technologies. George is an alumnus of the University of Nigeria, Nsukka, where he studied Computer Science and Statistics. He has since advanced his studies through many professional courses and certifications in Information Systems Auditing, Information Security Management, Enterprise IT Governance, and Project Management, including Entrepreneurship and Fintech Acceleration Programs at The Wharton School. Jubril Mobolaji Lawal is a versatile senior banking executive and digital transformation specialist with over 3 decades in the financial sector. He has deep involvement and experience in digital and retail banking, corporate and commercial banking, credit risk management and corporate finance. Jonah joined Interswitch in 2007 and has served the company in different capacities across the business. Responsible for overseeing SmartGov. CRSG Limited from 2012 till date as the Managing Director, he was appointed as the Chief Strategy Officer in 2014 and elevated to become the Divisional CEO for Industry Vertical Markets in April 2018. He currently runs Interswitch Technology Business Division. Bayo Adesanya is responsible for leading the company’s digital, business transformation and emerging customer efforts. This includes driving the development, improvement and day to day operations of the company’s digital channels and supporting eco-systems through which general and health insurance, as well as savings and investments retail products are purchased online; managing relationships with e-commerce and technology partners; improving online product portfolio management and enhancing the use of customer relationship management & analytics tools. He also manages the internal effort to continuously optimise critical business processes through analysis and guided experimentation. Olatomiwa Williams is Country Manager, Microsoft Nigeria and Ghana. She is a business leader with over 2 decades of experience in the Information Technology Industry helping organisations leverage the power of technology to achieve their business objectives. Before that, she was the Digital Transformation and Cloud Solution Director for the Microsoft Middle East and Africa (MEA) Multi Country Cluster (MCC) spanning over sixty-seven countries in Africa and part of the Middle East. She leads a team of talented Solution Specialists to empower enterprise customers to achieve Digital Transformation in their organisations by leveraging Microsoft Cloud Solutions. She is an award-winning leader with vast experience in Technology solution sales, consulting, support, channel and people management. Ola is known for building strong teams, helping customers adopt new technologies for transforming business outcomes and for supporting channel strategic growth across emerging markets. 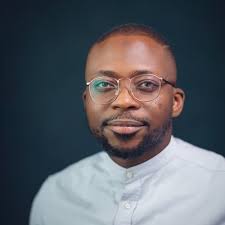 Ibraheem Babalola is a Venture Builder & Operator. He is the founder of ETAP an Insurtech start-up that makes it easier to buy and claim insurance. Through Ibrahim’s disruptive leadership, ETAP secured $1.5 million in pre-seed funding to grow its team and drive the adoption of much-needed car insurance across Africa.

Olusegun Omosehin is the Managing Director, Old Mutual Nigeria. He holds a Bachelor of Science degree in Political Science; a Master’s degree in International Law and Diplomacy (MILD); and also an M.Sc in Economics from the University of Lagos. He is equally an Alumnus of the Lagos Business School (LBS) now Pan African University; as well as Said Business School, University of Oxford, UK. Prior to his appointment with Old Mutual, he was Managing Director/Chief Executive Officer of Mutual Benefits Assurance Plc. He was a member of the pioneer team that started and nurtured Custodian & Allied Insurance Plc in 1995, where he worked for about nine years before his appointment as the MD/CEO of Admiral Insurance Limited in 2003. He started his career with Crusader Insurance (Nigeria) Plc in 1993 (then a specialist life assurance company). He is a Fellow of the Chartered Insurance Institute of Nigeria; a Fellow of the Institute of Directors (FIoD); a Member of the Nigerian Institute of Management; and the Nigerian Society of International Law.

Obinna Osuji is a health tech entrepreneur and technology professional who is passionate about improving the quality of health insurance and health care in Africa. He is the co-founder and CEO of Medismarts Limited, a Nigerian health tech startup that has revolutionised the health insurance space with their proprietary technology that automates the process of onboarding, payments, benefit managements and claims adjudication for HMOs and Providers.   Prior to Medismarts, Obinna was an enterprise applications developer in the payments space, building POS software, card payment solutions and web services for Pay Master, a subsidiary of Chams Plc. He holds a B.Sc. in Systems Engineering from the University of Lagos as well as a Master's in Business Administration (MBA) from the same University.

Curacel is an insurance infrastructure company that helps insurers and partners in Africa and other emerging markets increase the reach and functionality of insurance through cloud-based tools and APIs. We currently power over 5000+ businesses and 15 insurers (AXA, Liberty, Old Mutual etc.) across 8 countries in emerging markets (Nigeria, Kenya, Egypt etc.) Backed by renowned global fintech investors including Y-Combinator, Tencent, Google etc Arif Bolarinwa is the Co-founder of MotoMarket Limited, a technology start-up that utilises traffic enforcement data to create risk profiles for drivers and vehicles. MotoMarket entered into a long term partnership with the Federal Road Safety Commission (FRSC) and The Nigerian Insurers Association (NIA) to digitise all traffic enforcement records, increase vehicle insurance penetration and develop the official driver and vehicle insurance risk rating system of the NIA. For this service, MotoMarket has also received NAICOM’s support and commendation. Arif left LADOL as a Business Development Associate to pursue MotoMarket full-time in 2015. Prior to that, he worked in IT Advisory at KPMG.